September is the ninth month of the year. To meet the needs of players all over the world, players can choose their geographic locations in the northern and southern hemispheres. Entering September, New Horizons Island's Festival items ACNH, bugs, fish, DIY recipes, ACNH festival, and animal residents' birthdays are all quietly changing. 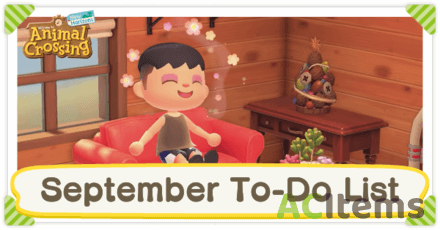 Animal Crossing New Horizons All September Events & ACNH festival items 2022
Flick's Bug-Off (Northern Hemipshere): In Animal Crossing New Horizons, Bug-Offs is one of the summer events. The date of the event is September 26 and it will run from 9 am to 6 pm. Go to the plaza at the Resident Services Center and find Flick. The flick is very conspicuous, he has red skin and wears a cool leather jacket. The flick is the host of the Bug-Off event. The content of the Bug-Off event is also very simple, you just need to talk to Flick and catch as many bugs as possible in 3 minutes. Flick can exchange bugs for points, and points can be exchanged for limited-time bug-themed Animal Crossing Items. Although the event ends at 6:00, Flick will not leave until 8:00 pm. In the meantime, you can sell him extra bugs at a high price. You'll get a handsome sum of ACNH Bells.

2, Moon-Viewing Day: Autumn Moon is not a standard event in Animal Crossing New Horizons. But you can show up as the Moon-Viewing Day seasonal event from September 12th to September 21st. During Moon-Viewing Day, you can buy 3 Animal Crossing Festivale items Moon Rug, Dango, and Moon Cakes at Nook Shopping. Besides Bells, Nook Miles can also be used as payment currency. Another feature of Nook Miles can be redeemed for ACNH Nook Miles Tickets. Among them, Dango and Moon Cakes belong to the Furniture category, and Moon Rug belongs to the Interior category. Of the three ACNH Items for sale, Moon Rug has the highest purchase price, requiring 2,000 ACNH Bells.
3, Chuseok: Chuseok is one of Animal Crossing festivale 2022. The event runs from September 12th to 21st. You can buy Songpyeon at Nook Shopping. 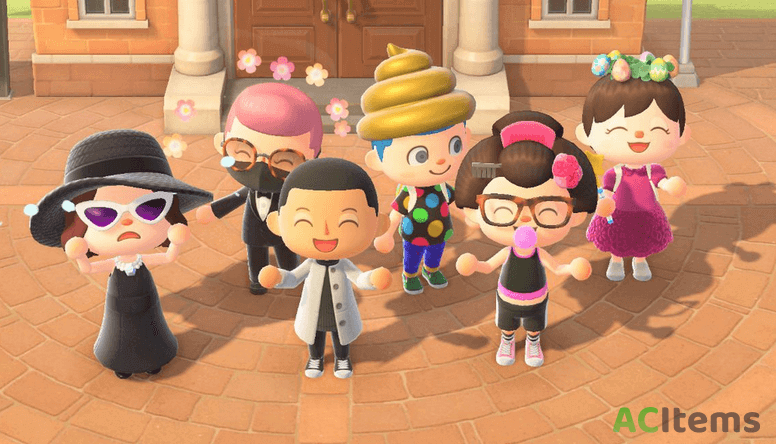 2, Acorn & Pine Cone Season (Southern Hemipshere): Animal Crossing Festivale all have shorter durations, but there are exceptions. This event runs from September 1st to December 10th. This is also one of the longer events. During this event, you can collect Acorn and Pine Cone DIY Recipes. You can also get pine cones by shaking a cedar tree. It's just that the probability of this material falling is very slow. You can shake a tree at least 10 times, and if it doesn't drop fruit yet, just move on.

There are a total of 413 ACNH Villagers on the island. This means that each month different Animal Crossing Villagers have their birthdays. Look carefully and you can also find animal villagers with the same birthday as you. On ACItems.com, you can see All Animal Crossing villagers. You can easily find posters and photos of every animal villager, including the Most Popular Animal Crossing villagers. Find and invite your favorite villagers without breaking the island villagers' rules. On an ordinary day, you can also go to a professional trading site to buy cheap ACNH Items. This can help you buy the most island design items for the least amount of money. Below is a list of villagers with birthdays in September.