How to remove villagers in Animal Crossing: New Horizons? - ACItems.com

On Animal Crossing: New Horizons island, you can invite new island villagers to move in by asking a villager to move out. Here are 2 practical ways to remove villagers.

In the Animal Crossing: New Horizons game, in addition to upgrading houses, inviting animal villagers to live on the island is also an important part of island life. Villagers play an important role in the daily life of the game. They can give gifts to players, and they can accept gifts. Complete the daily tasks of the villagers and they will also give you gifts. Especially in seasonal events, you need the help of villagers when you complete tasks to get task rewards, and they will provide you with important clues. 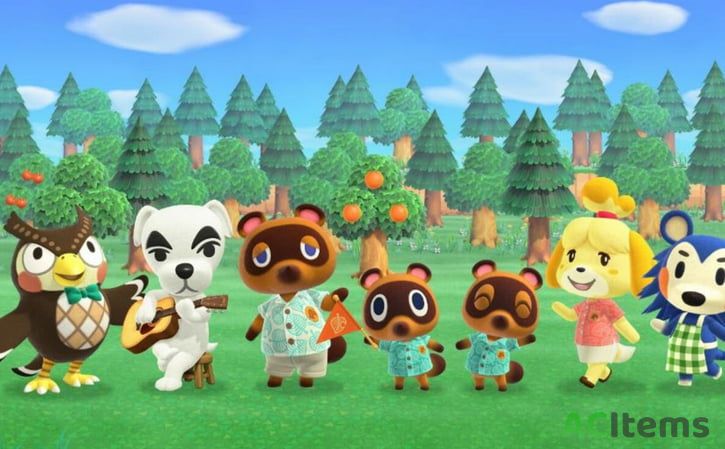 How to get villagers to move out of your island
A: Voluntary move out
1. Find the villager you don't want and snub him/her.
2. Don't talk to her/him until a speech bubble appears above his/her head.
3. Talk to the villager with the speech bubble above his/her head, he/she will take the initiative to invite him to move out. Just agree. PS: This process will consume a lot of your time. If you want to get nasty villagers out of the way quickly, you can use the Time Travel feature.

B: Use the Amiibo card
1. Scan the card into your Switch using the machine within your Town Hall.
2. Visit the villager’s tent.
3. Complete their DIY request (you’ll have to do this three times on separate days).
4. If you have all 10 houses on your island filled, you’ll be able to pick which villager moves out.

Just like trading Animal Crossing Items with friends, you can also trade villagers with friends. In the list of 413 animal villagers, some animal villagers will become popular due to a combination of factors such as character, dress, mantra, and species. The more popular villagers can be, the more valuable they are. Items traded include Animal Crossing Bells, Rare ACNH Items, Nook Miles Tickets, even Rare Furniture, Rare DIY Recipes, and more. Among them, ACNH Bells is the most important transaction method. Of course, you can also get cheap Animal Crossing Bells at ACItems.com. To get the most bang for your buck, players can check out online forums and dedicated marketplaces. This is the preferred method for those who are looking for a specific resident.