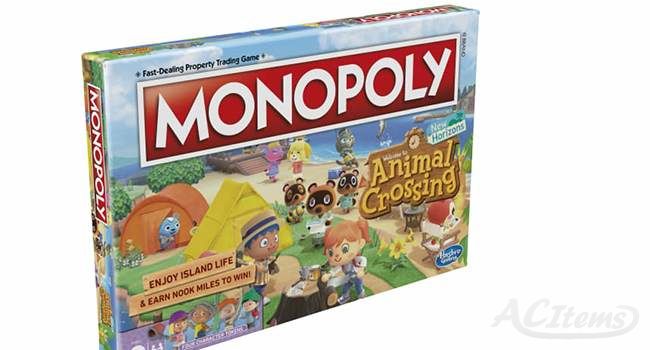 Animal Crossing Monopoly is a customized board based on Nintendo's best-selling simulation game. It includes four villager tokens, cards and bells based on in-game events. It does not involve the construction of villagers' houses, let alone bankrupt players. You will collect bugs, Fish, fossils and fruits, they can put items in their pockets just like in the original game.

You will also encounter some other characters and perform island missions. When you stop at Nook's Cranny, you can use bells to buy decorations, which are worth Nook Miles. The person who collects the most Nook Miles is the winner.

It is not clear how many brick-and-mortar retailers sell Animal Crossing Monopoly games in the United States. Before the news of the game appeared overseas, European websites could already book the ACNH Monopoly game.

ACNH has become one of the world's largest games since 2020, and it is not surprising that Animal Crossing fans have snapped up purchases. If you are still worried about not having enough Animal Crossing Bells, then ACItems must not be missed, it will help you speed up the pace of island development.